Getting caught up (sort of) and Random Thoughts on Things

This is a catch up blog so that is the reason for the two locations at the top. Yep, both campgrounds are called the same but are in different states. To add to the confusion, the present campground is located in Missouri but the nearest decent sized city is Atchison, Kansas.

I stopped in Onawa to receive a mail drop from my son which was delivered on time. I also wanted to visit the Lewis and Clark museum and keel-boat located right in the campground. I was disappointed on both accounts. The museum was closed and no reason was stated on the closed sign. I'm assuming they knew I wanted to see it so they just closed it down. :). The keel-boat replica was outside but was roped off from getting on board. There were no workers anywhere around the museum or the boat. Come to think of it, there weren't any workers in the campground either. It was a self-registration system to enter the campground and I don't recall seeing any workers during the 3 days I stayed there.

The campground was nice and I got a campsite right on the waters edge. The water is an oxbow lake from where the Missouri River changed its course over the years. The campgrounds name is legit since Lewis and Clark did camp within the state park boundaries during their trip up-river. 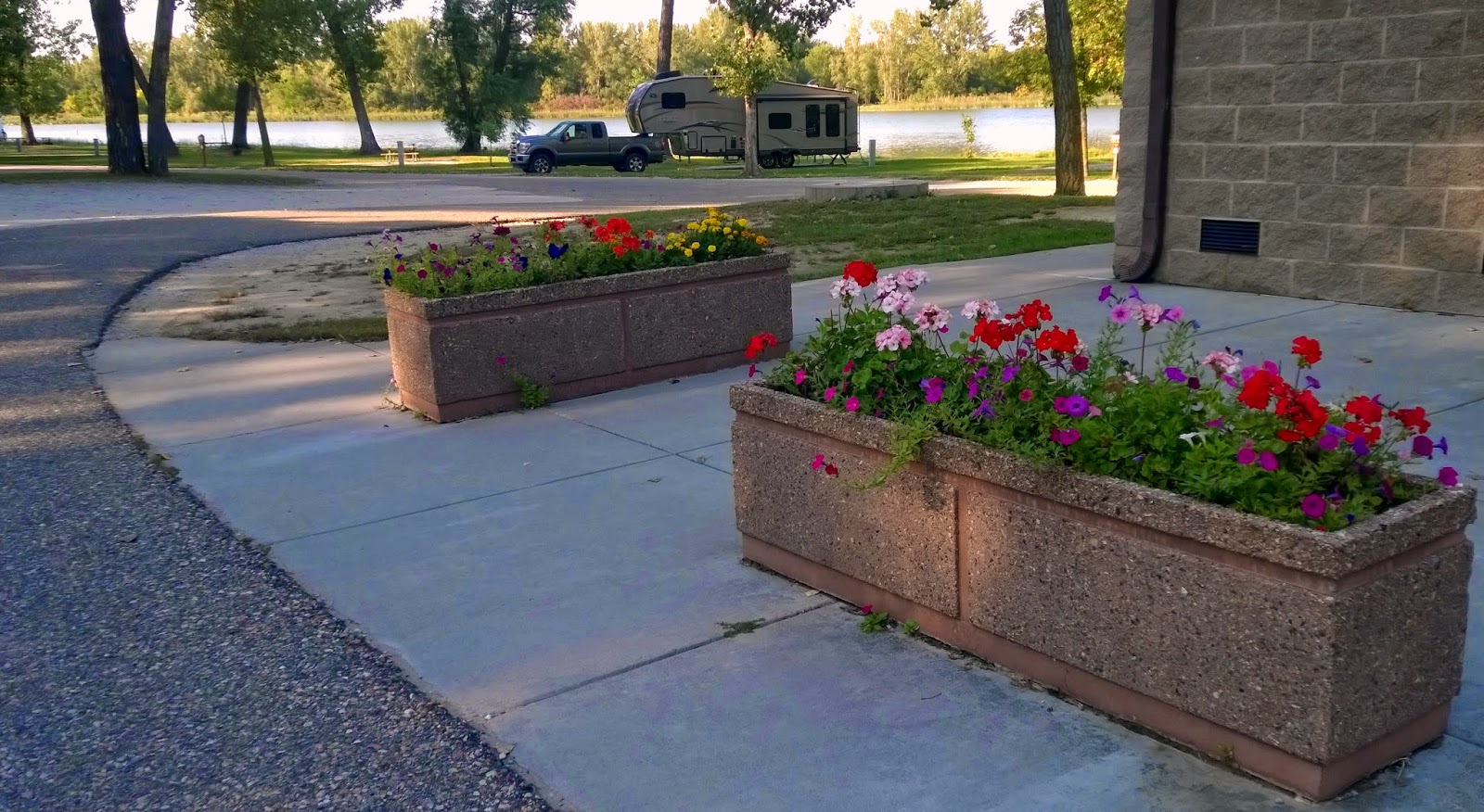 
Since there wasn't anything to see in the campground I decided to drive to Nebraska which was only about 5 miles away. I wanted to see the Missouri River and anything else that presented itself. I found a little dirt road that led to the river and it looked like an old abandoned boat ramp. No one was around but I got the sense that some people were living in the woods nearby. I didn't see anything, it was just a feeling. 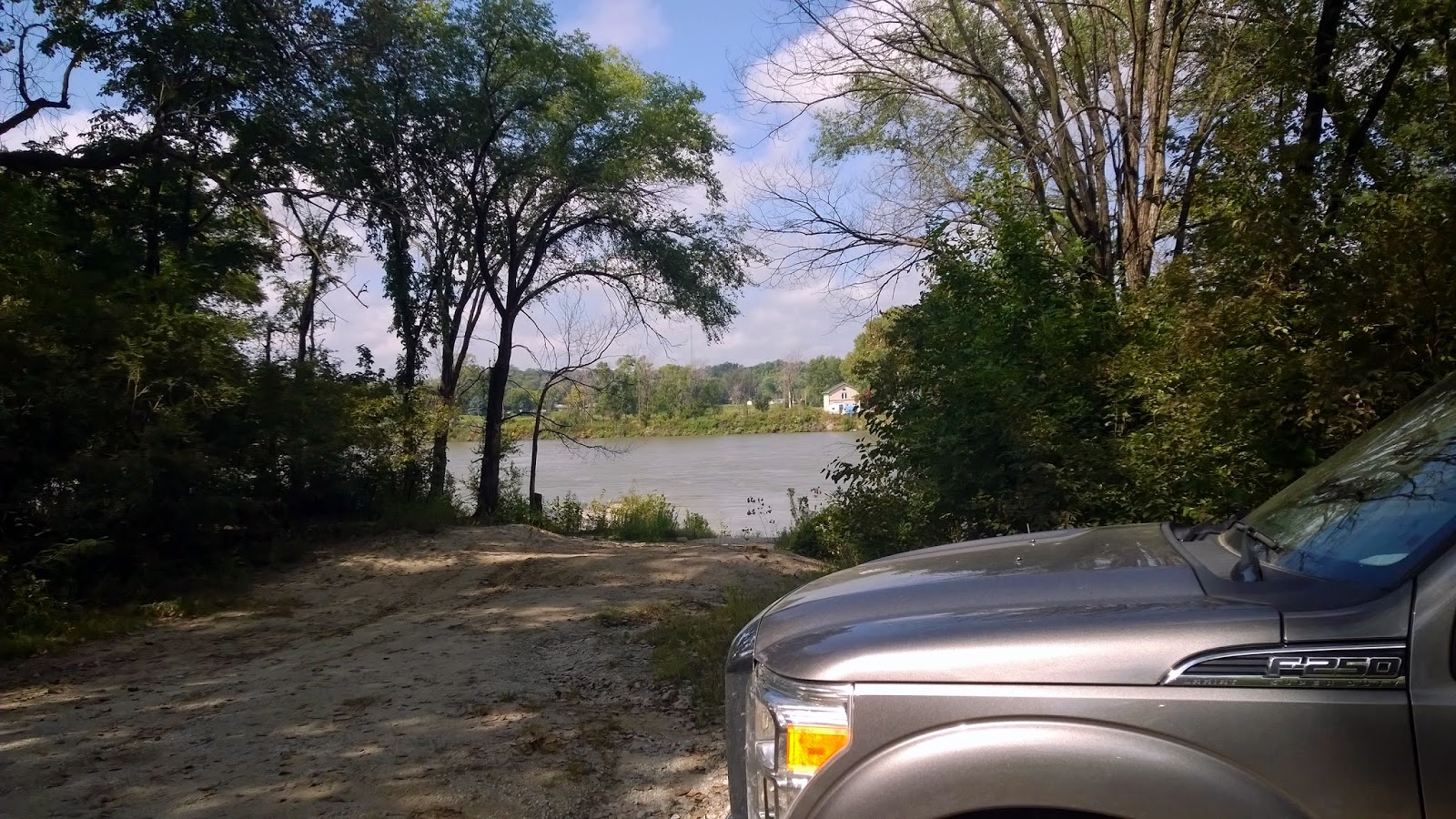 The bridge that goes across the Missouri at that location used to be owned by a local bridge commission that charged tolls. The tolls had been in place for many decades but stopped within the last few months when the states took possession of the bridge. It is one of those bridges that make my butt pucker when I cross it. It reminds me of an old bridge across the Red River at Coushatta, Louisiana. The bridge deck is an open grate deck that rattles like a chain being dragged. I was glad to be back on the Iowa side. 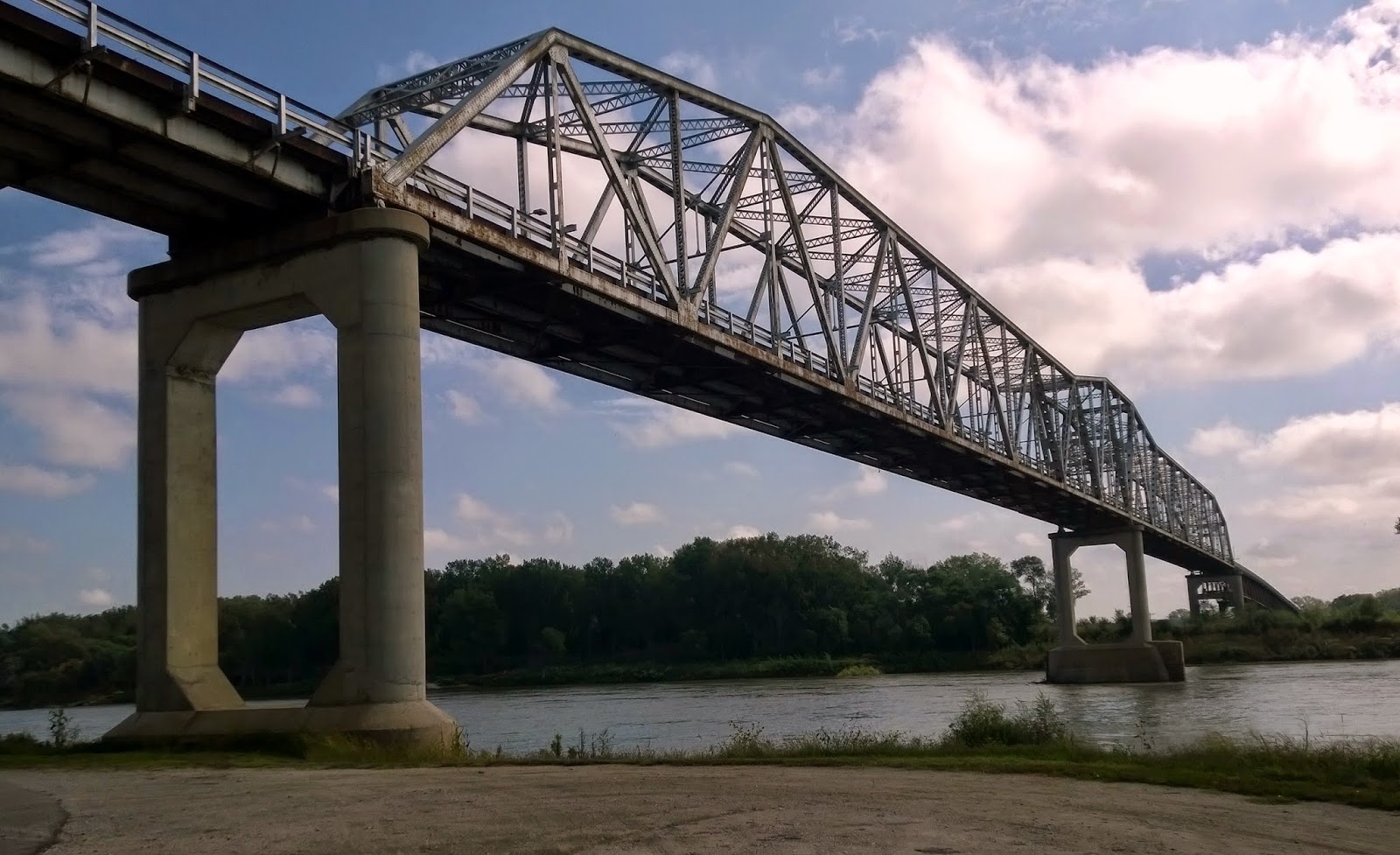 Since there wasn't much to do at the campground or the surrounding area, I mainly just took it easy. It is beginning to seem like I may be doing that at this campground too. Oh well, I needed to rest up anyhow.


Now on to the Random Thoughts on Things:

1) Concrete Pavement should be outlawed and never built again. It is only smooth for a very short time immediately after construction. It becomes rough very quickly and stays that way for the remaining decades of its life. Unless the roadway is put down on bedrock, it is unreasonable to expect a rigid concrete pavement to stay smooth. As the ground moves below the pavement, the concrete will "bridge" it for only so long before finally permanently deforming. Once the concrete gets rough, it is very expensive to fix so most states put a Band-Aid repair on it and wait. The worst thing that can happen is to overlay it with Asphalt thereby creating a composite pavement. The composite roadway will stay smooth for only a year or so before all of the imperfections of the unlying concrete "reflects" through to the riding surface. Composite pavements should also be outlawed.

2) Putin of Russia is showing his Cold War side again. It is like he is jealous of the attention being given to ISIS, so he is doing things like "fake bombing" runs from the north, making statements of being able to take over countries, etc. And our current administration does nothing and says nothing about it. I guess we finally know what the President meant when he told Putin that he would have more flexibility in his second term. Shameful.

3) I have ate at Chinese Buffet's all during this trip. Why do most of them all taste the same? I like them, but just wondering.

4) The woman at a Long John Silver's restaurant I ate at the other day wanted to stowaway in my RV after I told her I was full timing in it around the country. There have been a couple dozen or more that have expressed the same thing. Of course, there have been some that thought I was crazy, but the crazy opinion is still in the minority.

5) The blog is averaging about 75 page views per day and from countries all over the world. I want to stress to everyone that comments or questions are welcome and encouraged. I am open to suggestions on how to make the blog more informative and interesting.

6) I have reservations at another state park in north central Missouri for early next week. I am completely undecided on which direction to go from there. I'm considering going to St. Louis or dropping down towards Branson or even over into Illinois. I guess I'll decide whenever it comes time to decide.


Ya'll take care of each other. Cya down the road.
Posted by Darrell at 3:45 PM