I arrived here about 12:30 last Saturday (10/18/2014). The main purpose of the stop was to visit with my sister, brother-in-law, nephew and 2 nieces. The visits were great with many stories and remembrances from years gone by. She also cooked some really good chicken/sausage gumbo, fried shrimp and some not so good crawfish etouffee'. But as good as the food was, the visiting with everyone was the best.

In between visits, I was able to explore a little bit of an area that I was already familiar. I stopped by the Evangeline Oak after eating some good BBQ and corn on the cob at my youngest nieces' house in St. Martinville. The Oak is the meeting place of the two people in Judge Felix Voorhies' version of Henry Wadsworth Longfellows poem "Evangeline". Bayou Teche flows gently by in the background of the oak.

I also went to Avery Island to see how Tabasco Sauce is made. The tour was interesting and I bought a bottle of their new flavor, Smoked Chipotle. 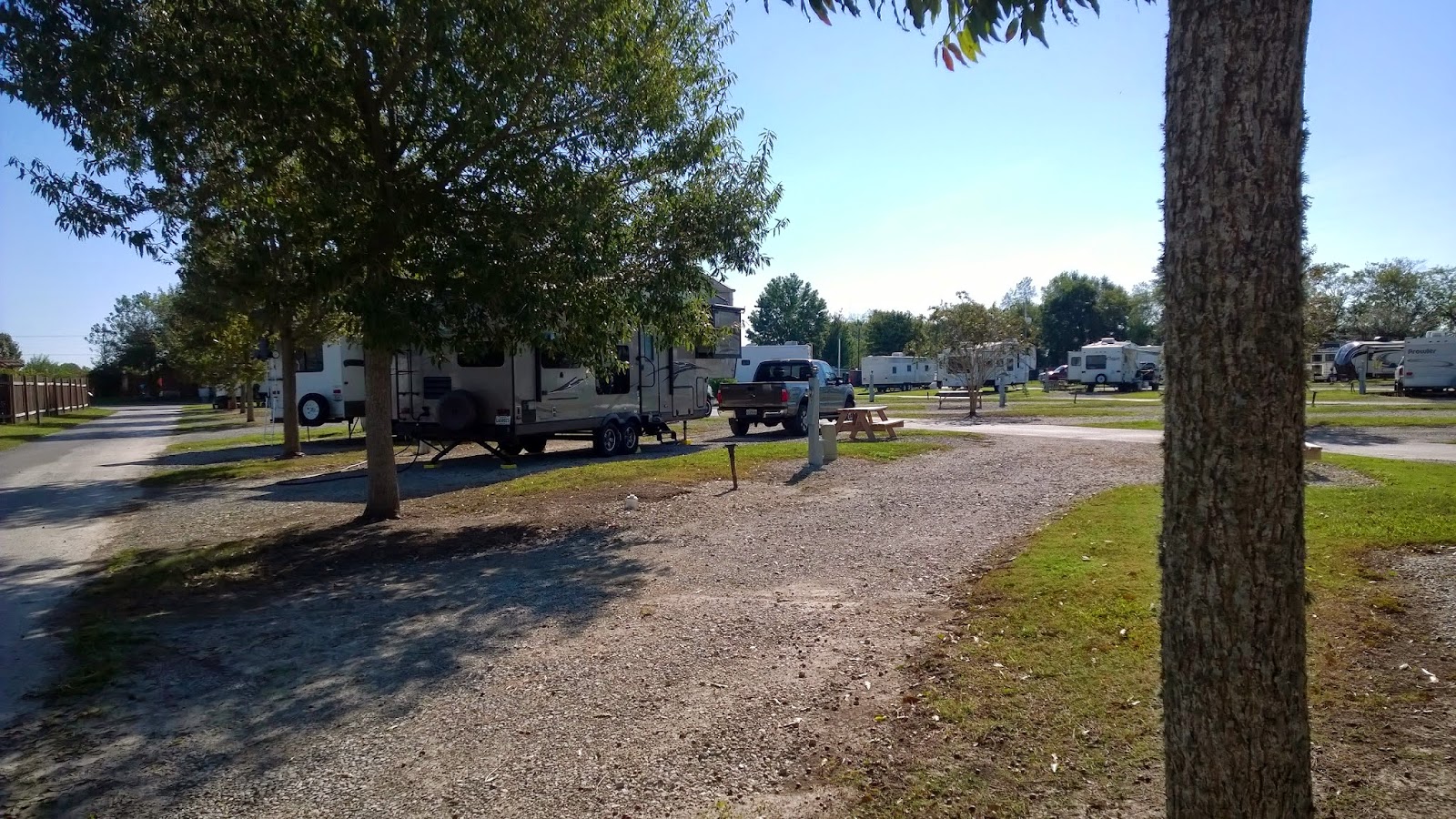 This is the campground in Duson. It is a pretty nice one with a good laundry and level sites. The truck stop next door is convenient to gas up but some of the 18 wheelers were idling long into the night. 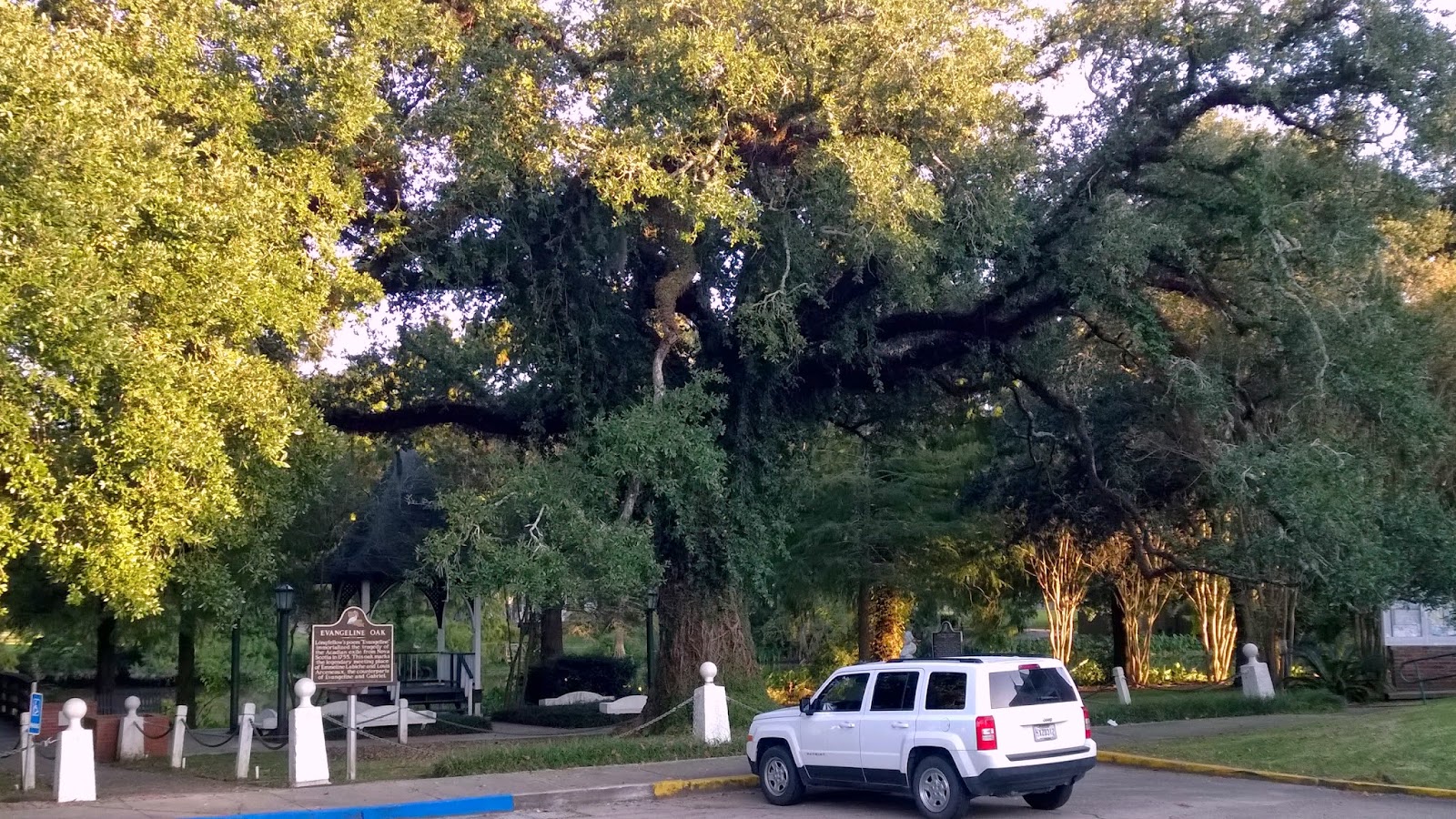 This is the Evangeline Oak where Evangeline and Gabriel fictitiously met in Longfellows poem. The poem is about a woman who searched far and wide for the love of her life. They were separated when the Acadians where expelled from Nova Scotia back in 1755. It was during that expulsion that the Acadians wandered around looking for a homeland. After a while they found the swamplands of south central Louisiana. It was a desolate place where they felt secure from every being displaced again. After mixing with some of the locals they eventually became what is now known as Cajuns. Looking at the Oak from the backside. 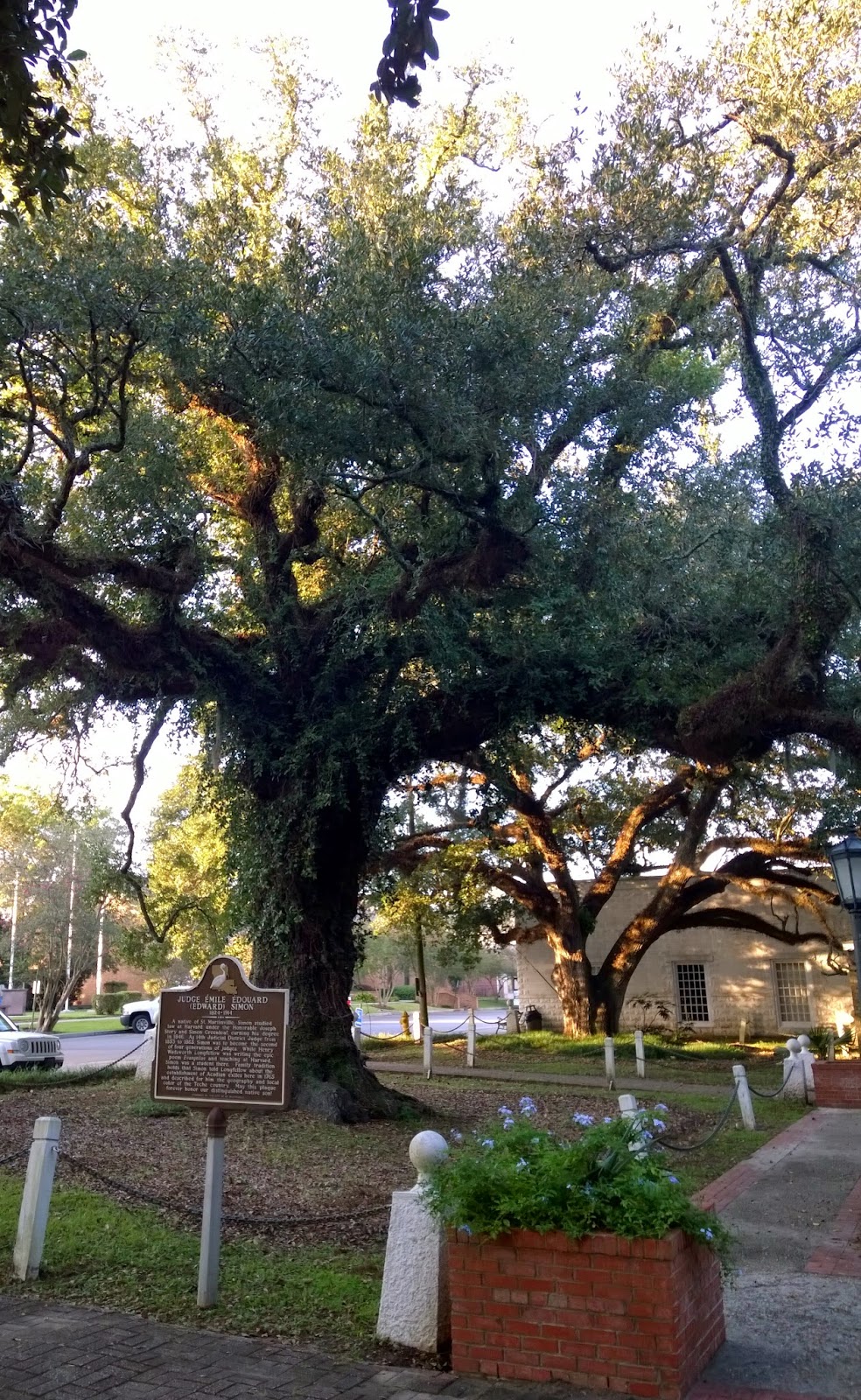 Another view of the oak. 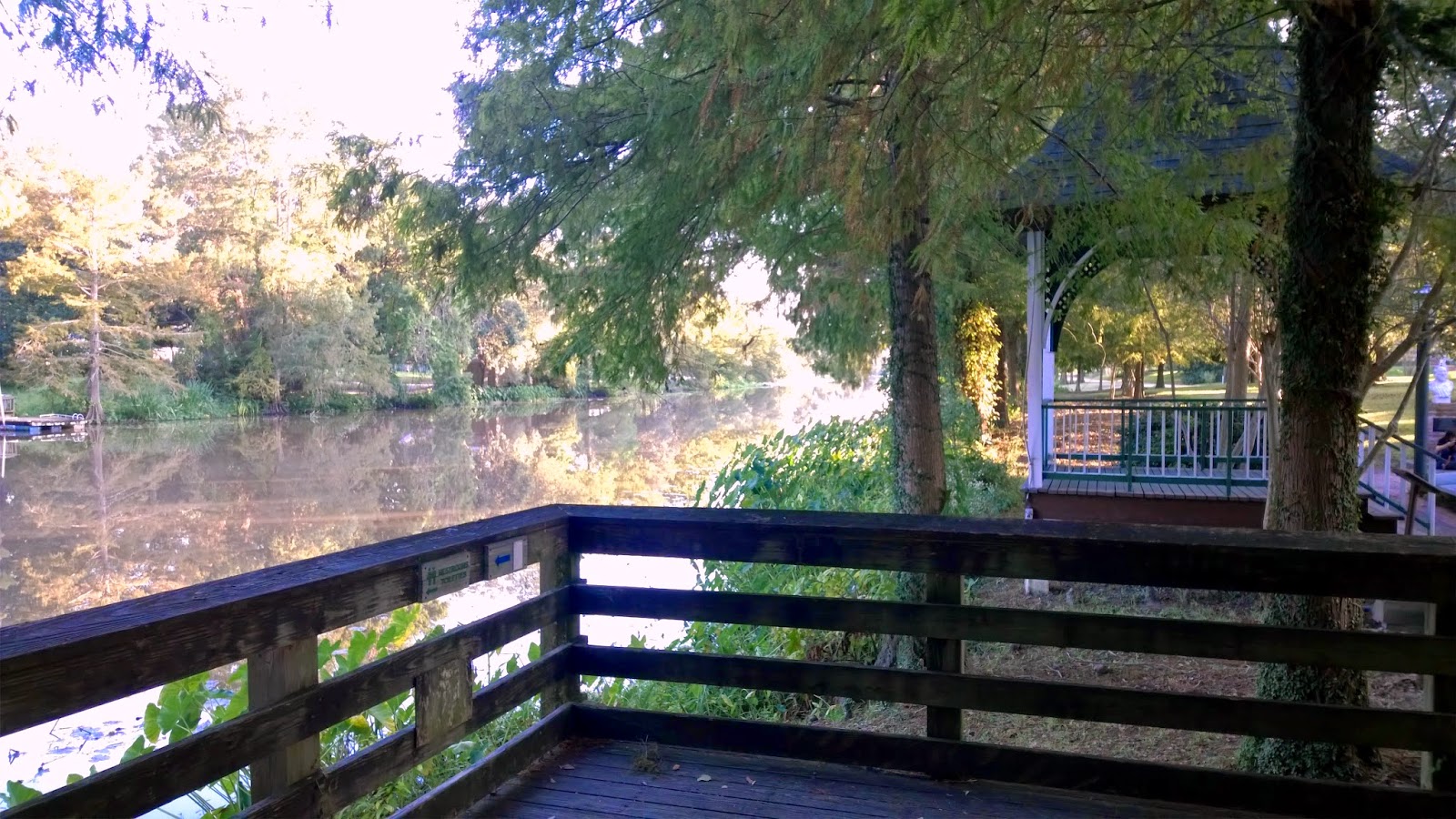 The Bayou Teche flowing behind the oak.

On the way to Avery Island, I stopped by the town of Delcambe to see the shrimp boats. The town is the place where the locals can buy shrimp directly from the shrimpers. Dozens of boats line the bayou that leads to the gulf. 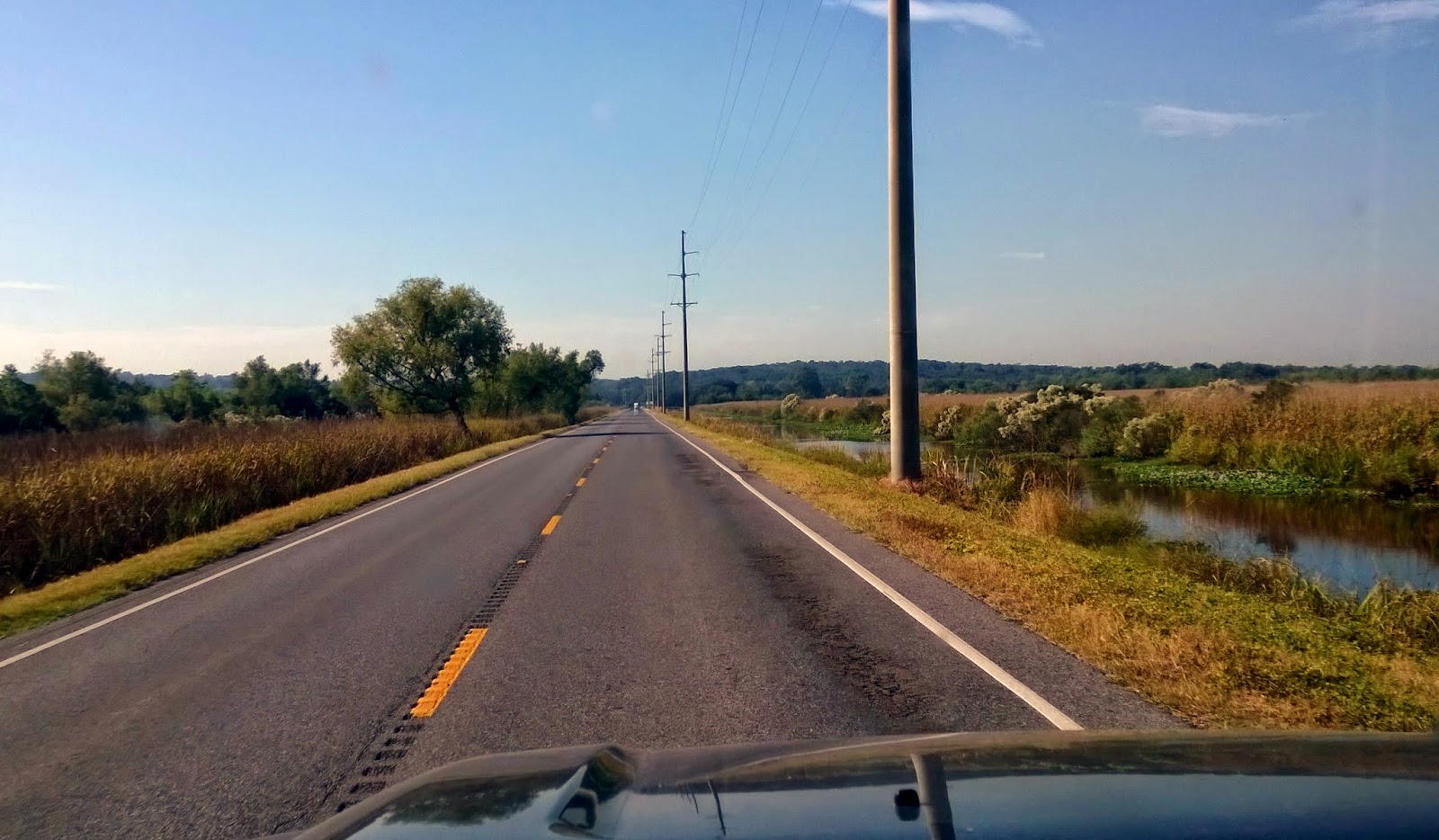 You can see Avery Island in the distance as it rises up compared to the low-lying flat land. The "island" is really a salt dome with about 16 feet of soil covering it. It was the first salt dome in the U.S. to be mined for salt beginning back in the 1860's. That salt mining continues today on Avery Island. 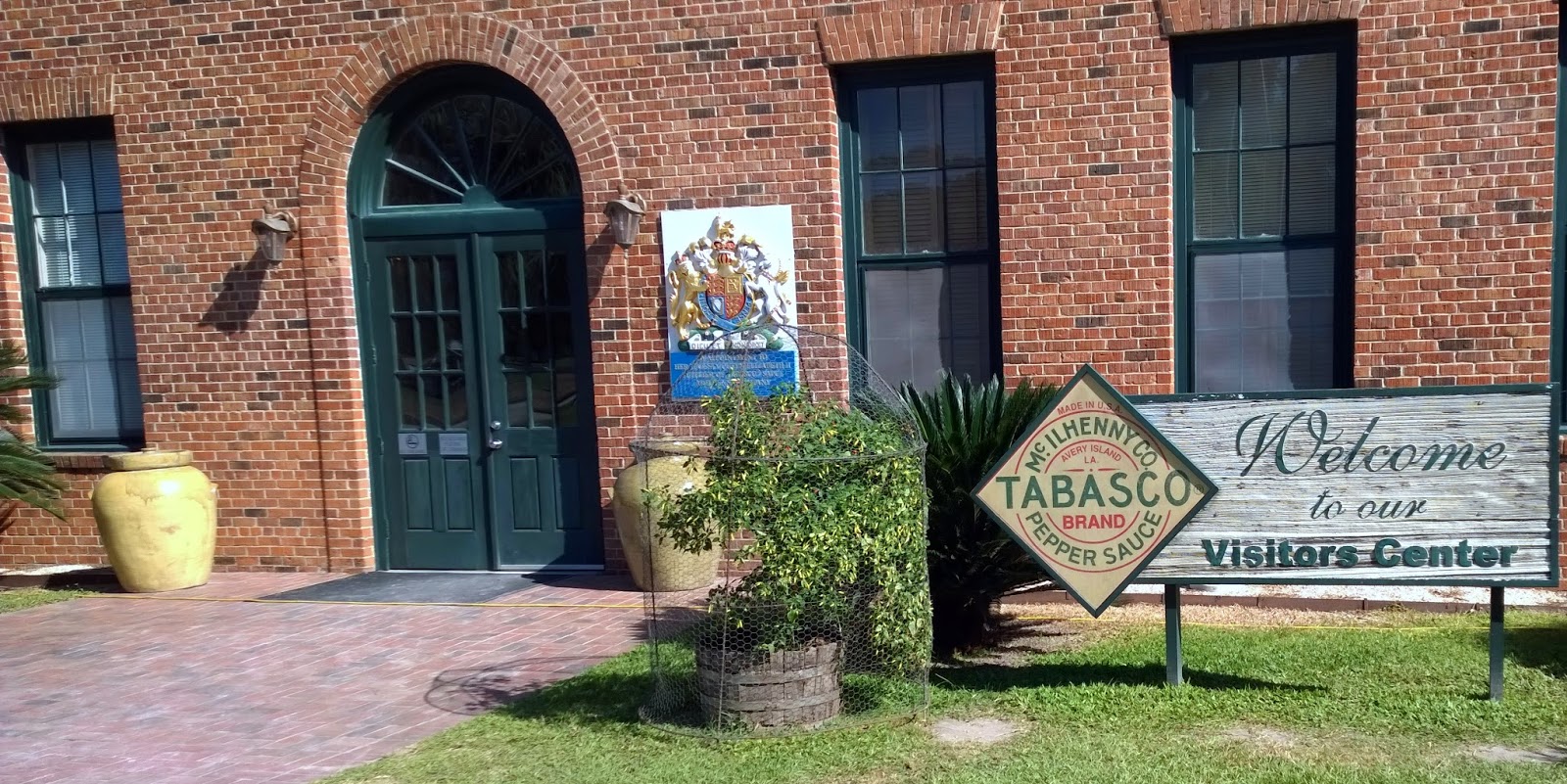 This is the factory where Tabasco Sauce is produced. The business has been in the McIlhenny family since the late 1800's. Edmund McIlhenny is the one who planted the Capsicum Peppers and perfected the recipe. The peppers are grown on the island and in South America. The peppers are hand picked and each year a family member chooses the best plants from that production year to get the seeds for the next years planting. Some of the seeds are stored in a bank vault to keep them safe. 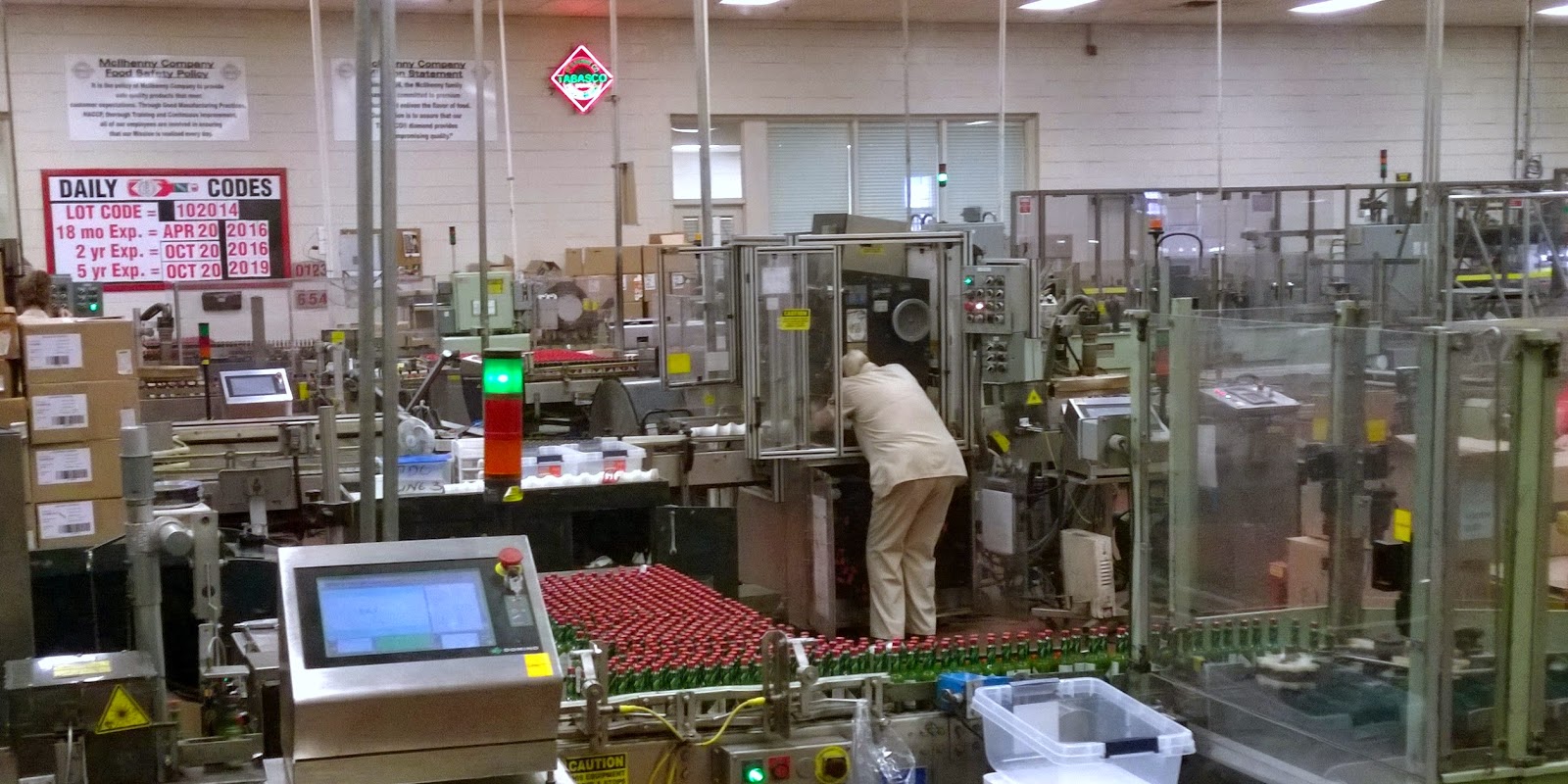 The production line of Tabasco Sauce 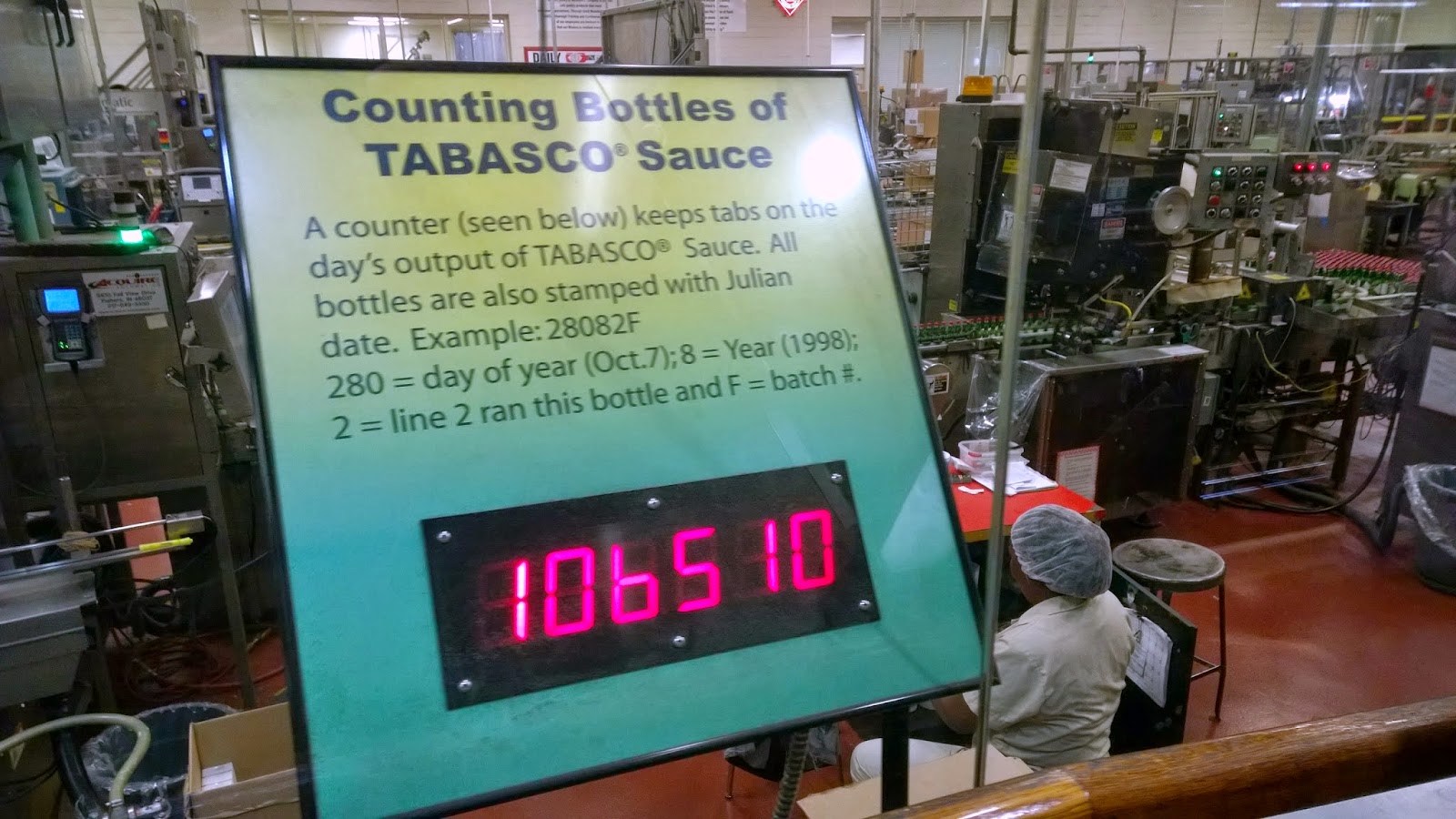 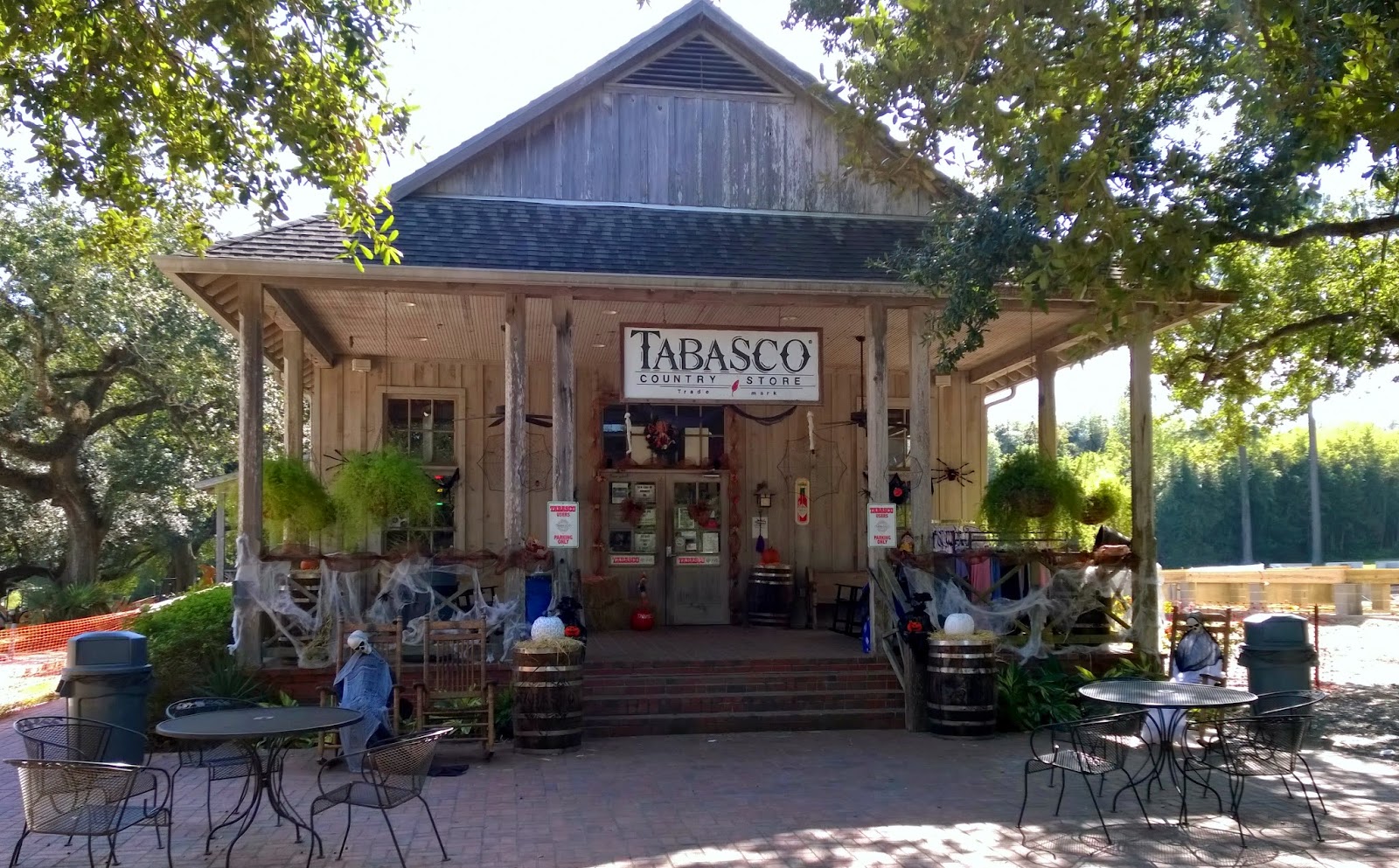 Another picture for my Yankee friends. This is sugar cane. It is one of the main crops grown in south-central Louisiana. It is near harvest time.

This post if from the time I was in Lafayette. I moved to another campground today. I am now in Texas and will make another post probably tomorrow.


Ya'll take care of each other. Cya down the road.