The Shortest Move, a Few Pictures and Random Thoughts

Yesterday, I moved one mile to this campground. It is more to my liking with it's openness, grassy and aggregate roads. The other place was gated, smaller campsites, concrete everywhere and more expensive. I needed the concrete to be able to get under Liberty to do some maintenance work, but once that was done, I move to this place. I like this place a lot. It is about 15 miles to the Bolivar Ferry which takes me to Galveston. This time of year, there is very little traffic so the waiting line for the ferry is short. I've crossed twice since I've been here and the maximum waiting time was about 10 minutes. The weather has been great with the daytime temperatures in the upper 70's to low 80's with a gentle breeze blowing in off the Gulf of Mexico. My original plan was to move this Sunday but I think I will probably extend through at least Tuesday. 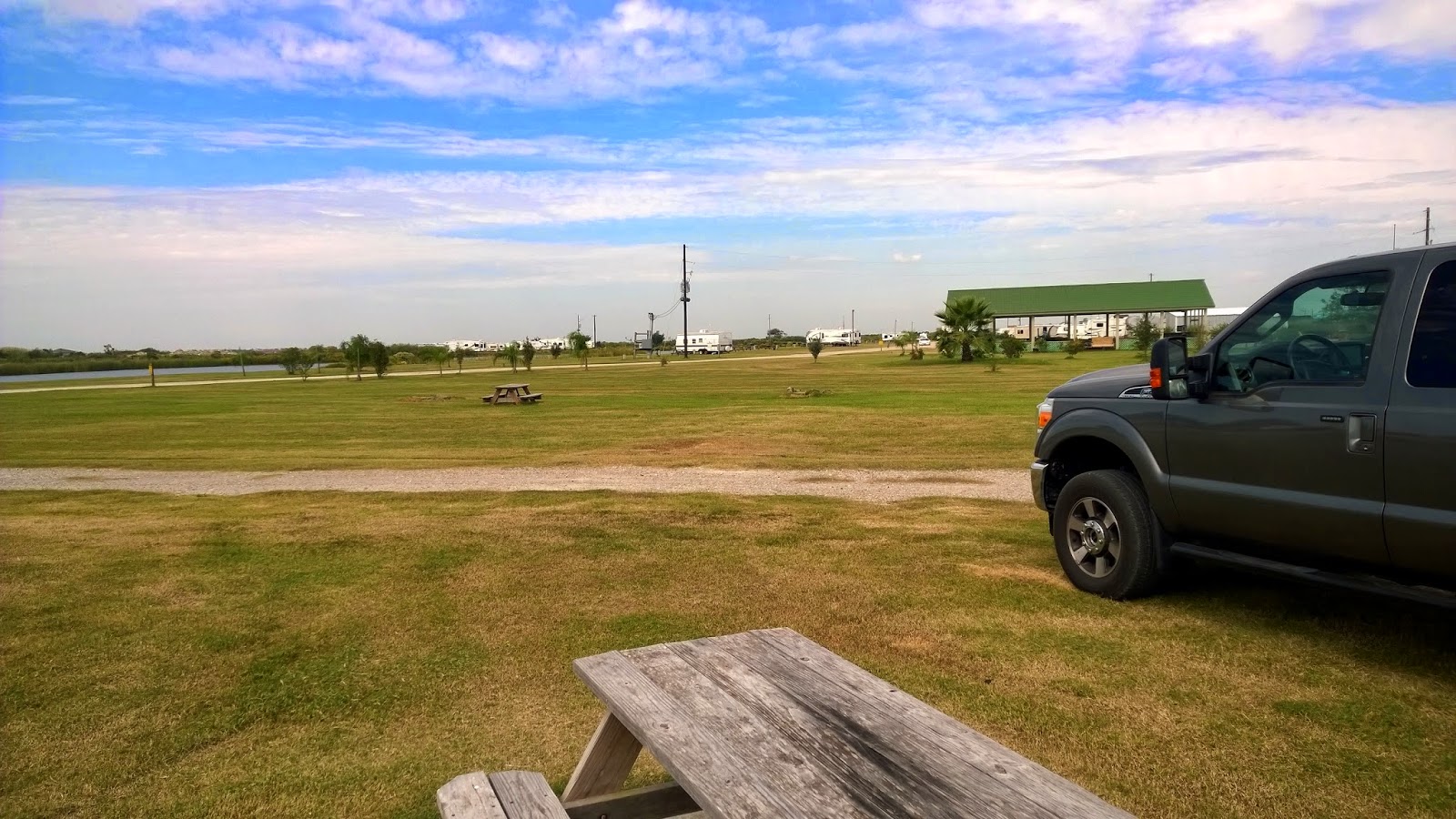 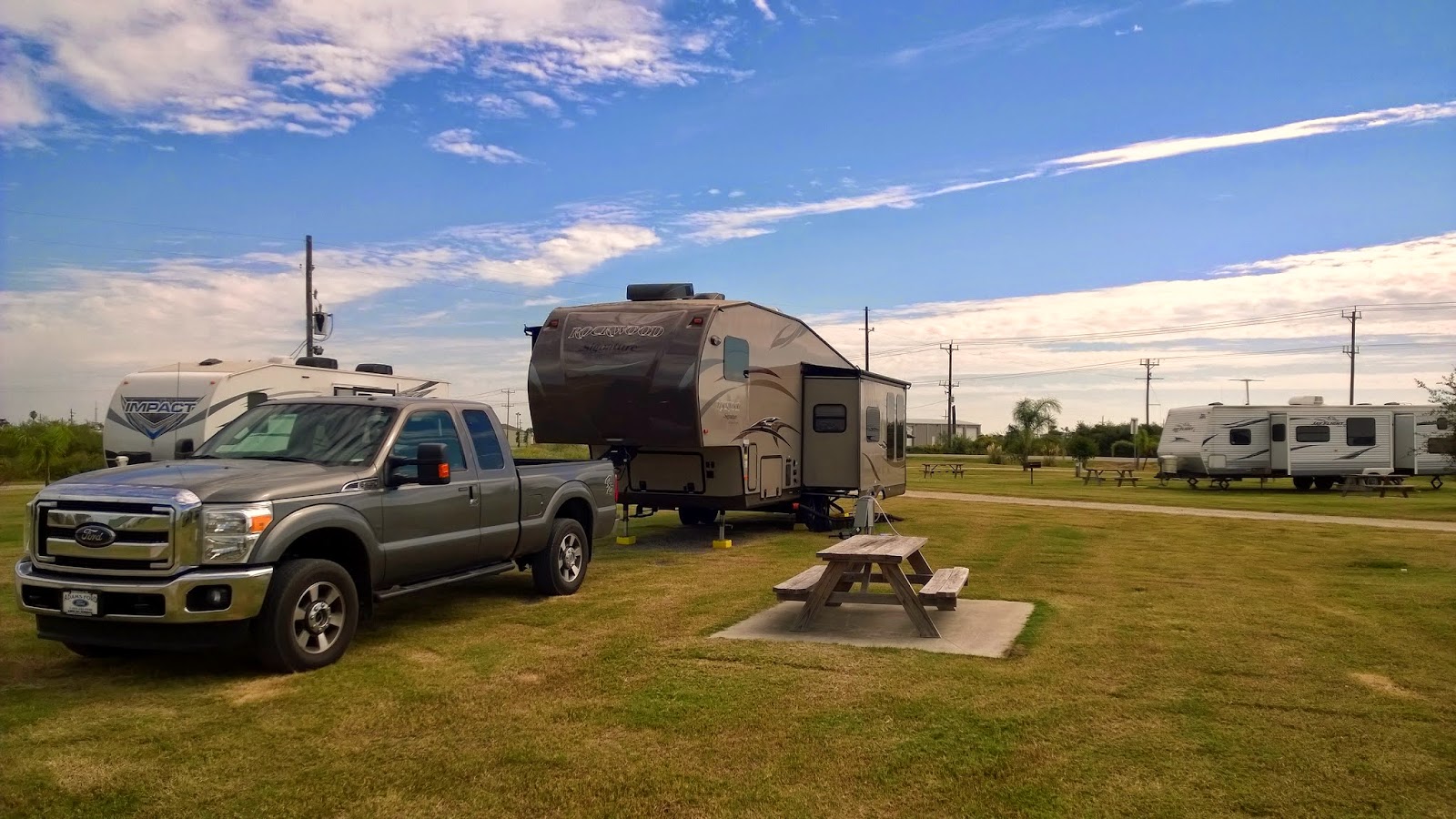 Another view of the campground 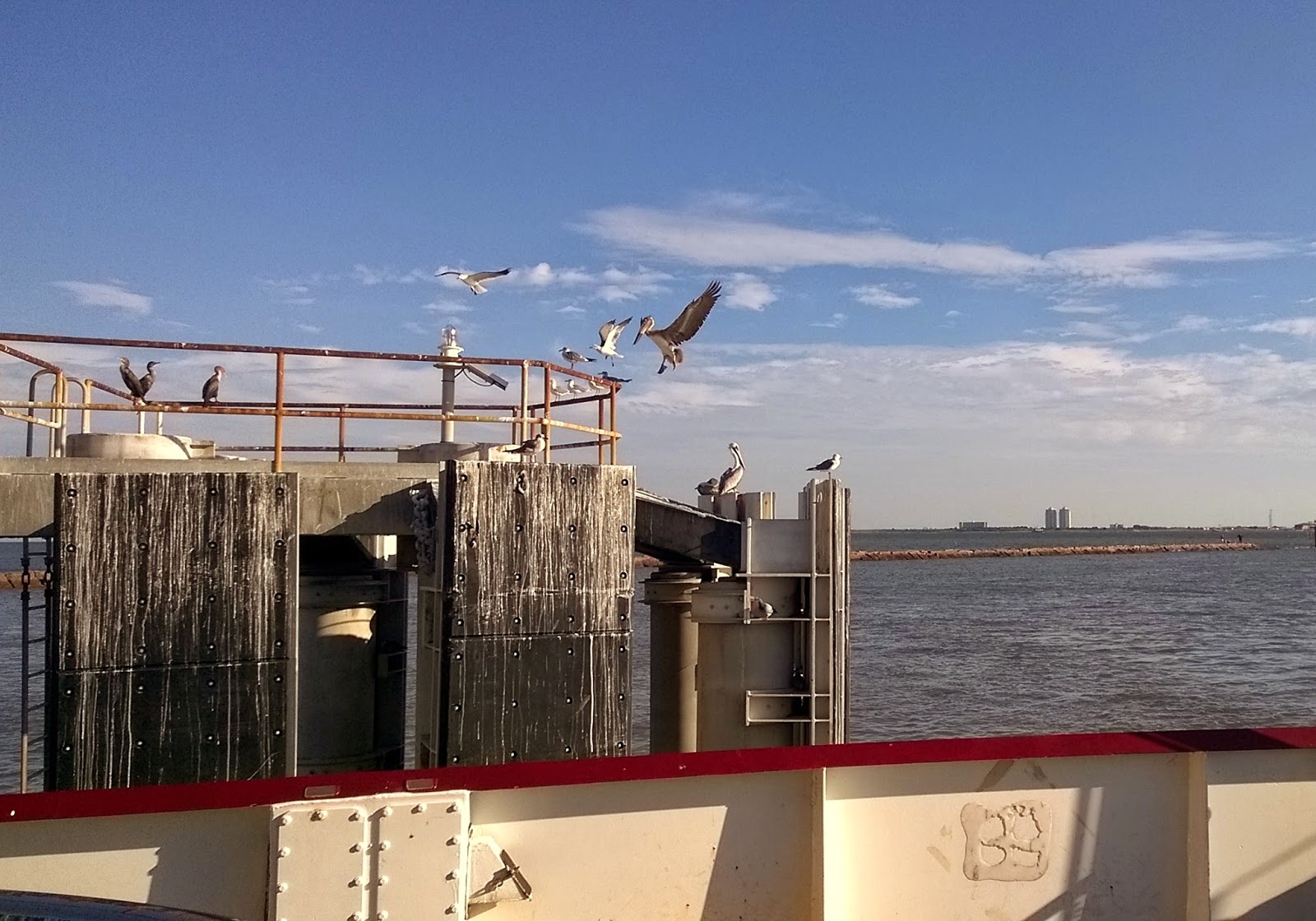 While I was waiting for the ferry to get underway, I was able to catch a couple birds as they were landing. 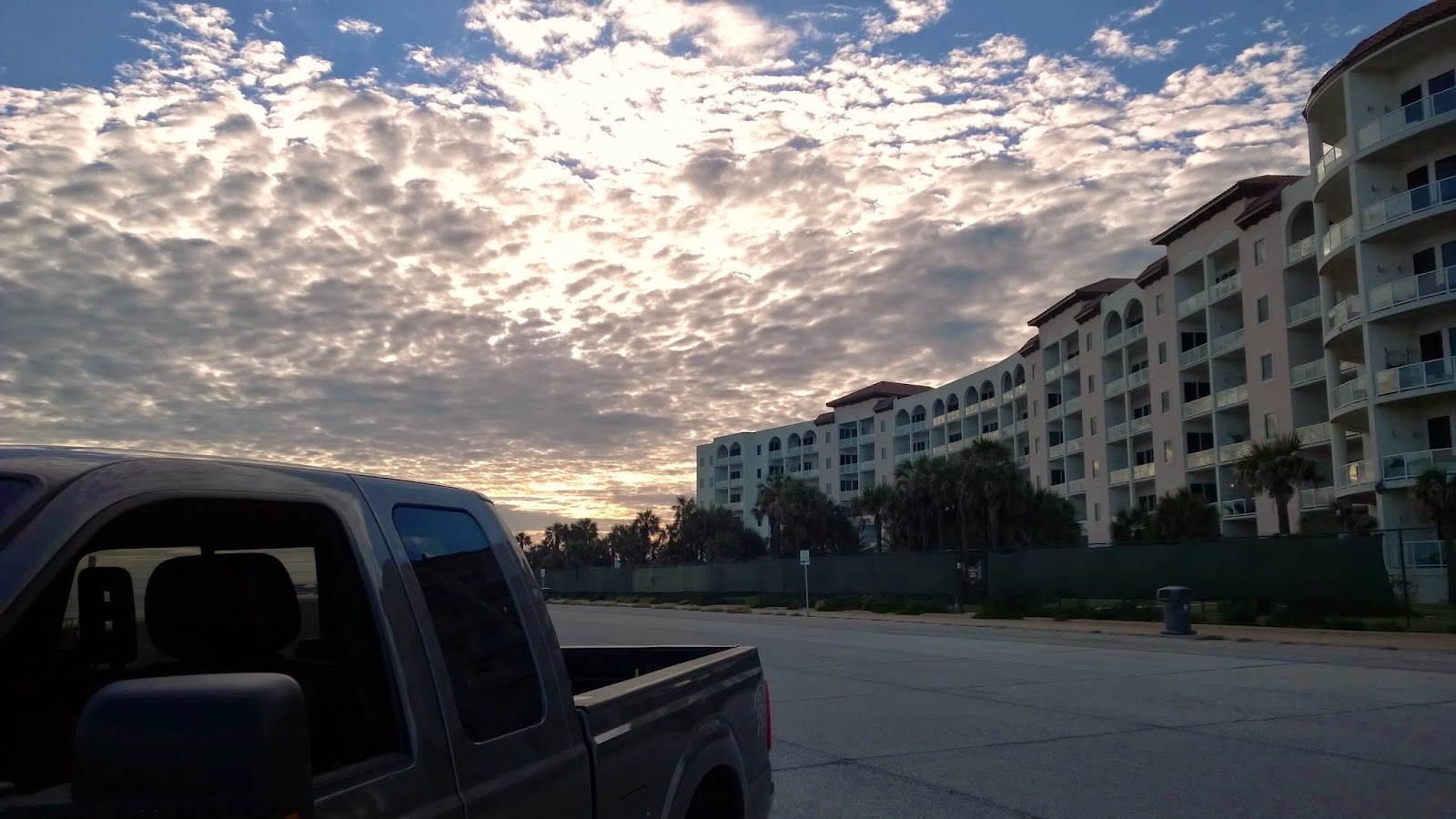 The sky was interesting so I took this picture while I was hanging out down by the seawall. 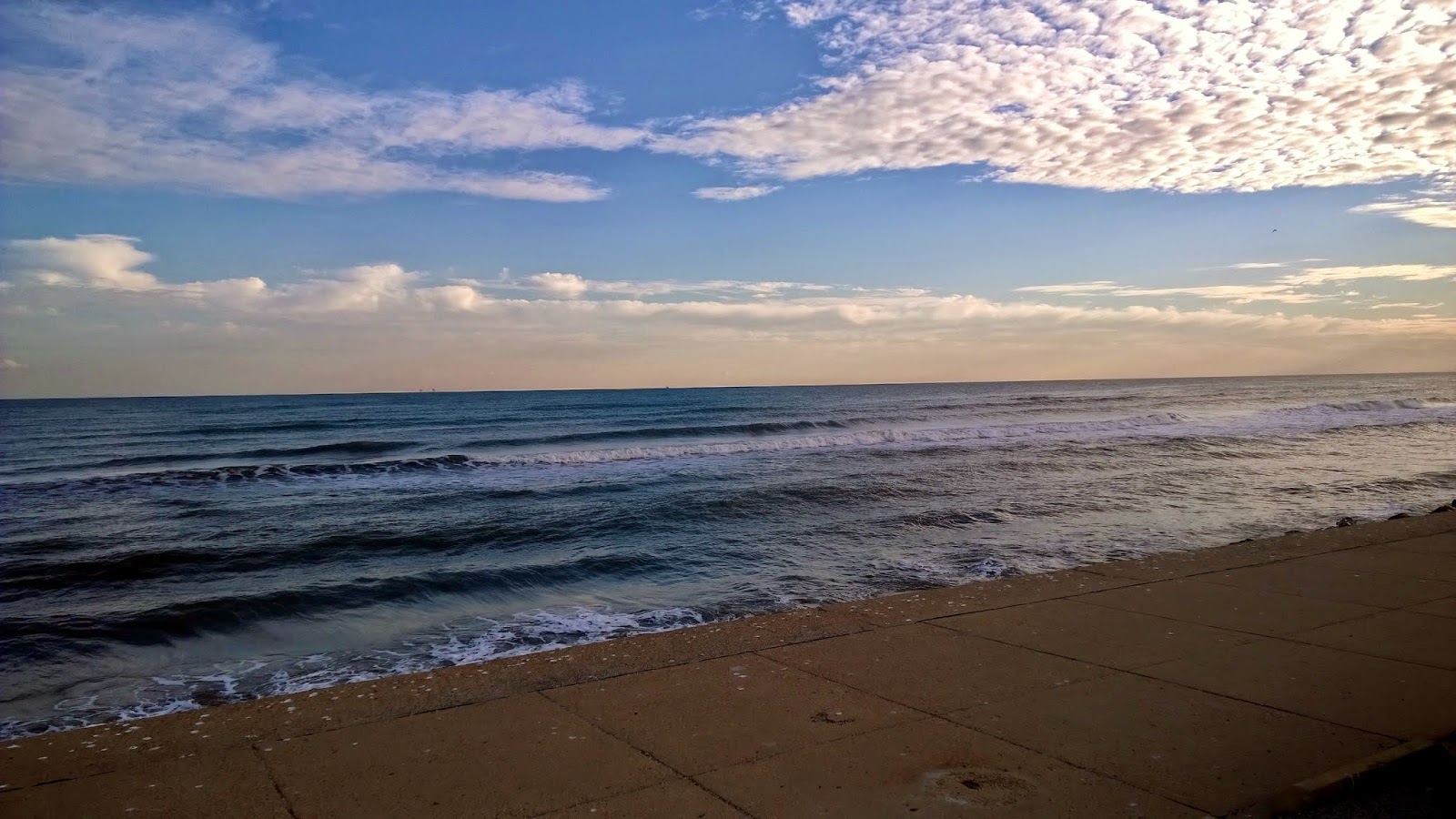 A nice picture of the Gulf and sky. This is also at the seawall 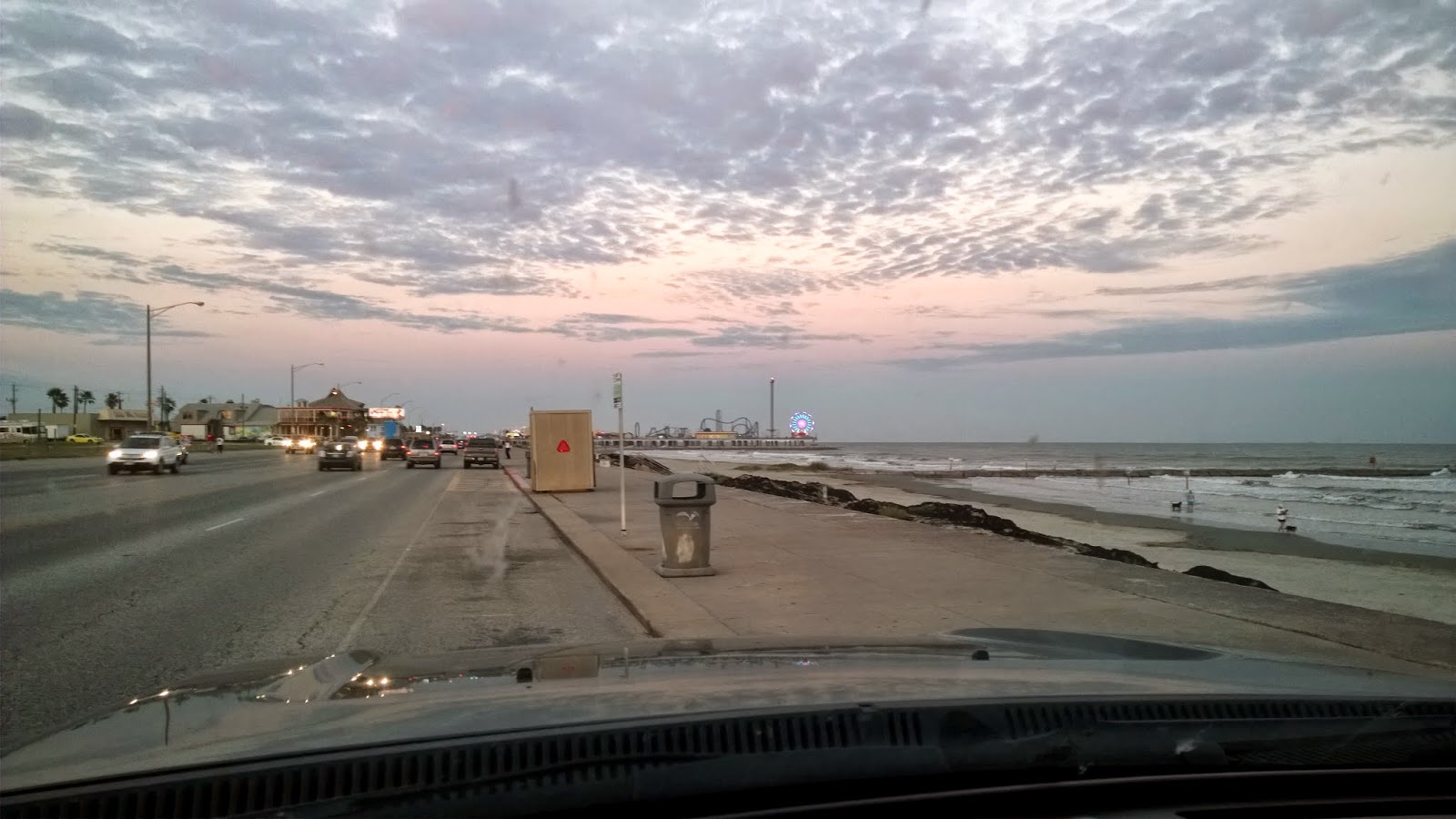 This picture shows a little bit of everything at Galveston. The Gulf, the amusement park on the pier, the seawall and people cruising :).


I drove into Galveston yesterday evening looking for some place to eat supper. I couldn't decide what I wanted to eat so I stopped at a CiCi's Pizza Buffet. It was a few blocks away from the seawall so the people in the place was mostly locals. As I was eating, I looked around the room. There were Asians, Blacks, Whites, Mexicans and Middle Easterners. I was reminded that America has been described at a melting pot and I wondered if that was still true today. The term "melting pot" comes from a play written in 1909 by a Russian-Jew named Israel Zangwill. The play is about how America assimilates immigrates from around the world. The best description of that "melting" process is from a 1998 article in the Washington Post written by William Booth. He described America, immigrants and the "melting" as "... the promise that all immigrants can be transformed into Americans, a new alloy forged in a crucible of democracy, freedom and civic responsibility."  This was very obvious in the early 1900's. There were 18 million immigrants that legally entered America between 1890 and 1920. It is clear from the stories that most of those people tell that they felt they had reached the "promised land". They had abandoned everything in the old country and knew their trip to America was on a one-way ticket. They knew in order to succeed in this country they would have to adopt new ways of doing things. They learned English, worked hard, learned how the government worked, participated in elections. Over a very short period of time, they became Americans. They fulfilled the American dream for themselves and their family. They fought and won two world wars, survived the great depression. As generations passed, their descendants became more and more Americanized until the "old country" was just a memory. It is unclear if the immigrants of today are doing the same thing. So many of them are starting in this country on the wrong foot by entering it illegally. It is as though they are only temporarily here and want to keep one foot in the old country. Trying to live two lives is not good for either life. I don't know what the answer is but somehow, someway, we all need to come together as Americans.

Ya'll take care of each other. Cya down the road.
Posted by Darrell at 5:12 PM